About North Side Plumbing and Heating

North Side Plumbing & Heating Co., Inc. has been doing business in the Fort Wayne community for over 85 years.

In 1929, John R. Hartman and his wife Mildred started North Side Plumbing & Heating Co., Inc. conducting business from their kitchen table. The Great Depression soon followed and North Side Plumbing was able to survive hard times and gas rationing as John R. traveled by street car every morning with the tools of his trade. The task wasn’t easy and fittings had to be made by hand while on the job.

The business eventually grew and expanded and it has remained at its same location at the corner of State and Clinton Streets for over eight decades.

John R. Hartman believed in serving his community, and he centered North Side Plumbing & Heating Co., Inc. on honesty, integrity, and dependability. His son, John D. Hartman succeeded him as President of the company for over 40 years, and today, his grandson, John D. Hartman Jr. now stands at the helm of business operations upholding the same values three generations later.

Thanks for your hard work on our bathroom remodel. We especially appreciate your flexibility in allowing us to do some of the work in order to keep the project in budget. Your expert advice on products and installation was valuable and reassuring. 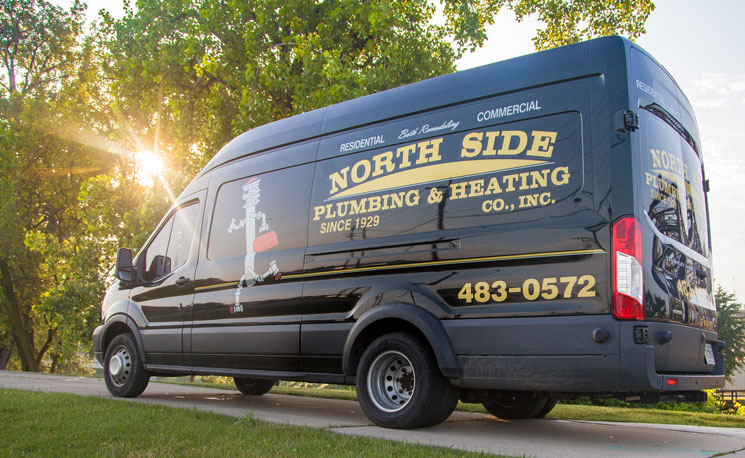